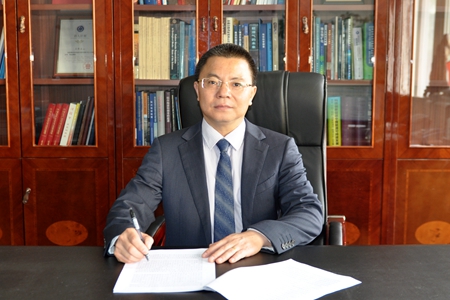 Academic positions: Nengyou Wu, PhD, leading researcher fellow, and doctoral supervisor. Nengyou Wu is the director general of Qingdao Institute of Marine Geology. He was selected as one of the Hundred-Talents Program of the Chinese Academy of Sciences in 2009. In 2015, he was selected as the "SiGuang Li scholar" by China Geological Survey. He was also selected as a special expert of Shandong Taishan Scholars in 2017.

Nengyou Wu is mainly engaged in the research of marine natural gas hydrate accumulation mechanism, mining and its environmental effects. He initiated the theory of natural gas hydrate migration and accumulation systems, established a kinetic model of hydrate aggregation and accumulation in marine sediments. Nengyou Wu led and conducted a series of hydrate exploitation experiments and numerical simulations based on actual reservoir characteristics of the northern South China Sea. As the chief scientist for China’s first marine hydrate production trial in 2017, a sand-production management system was proposed by Nengyou Wu. Nengyou Wu is also the organizer of many marine geological and geophysical survey voyages/legs. Over 270 publications have been published by Nengyou Wu, as well as 8 academic monographs.