Fortunately, I saw one corner of the dark side in the deep sea. -- Wang Pinxian

“The Deep Sea Warrior manned deep submarine voyage harvested a lot this time. We discovered the cold-water coral forests in the South China Sea for the first time, which showed us another world deep in the sea, deepened our understanding of the changes in the cold spring vent and provided new materials for the comprehensive and accurate understanding of the process of the deep waters of the South China Sea.” said academician Wang Pinxian, who has completed the manned deep submarine voyage in Xisha and returned to school on May 25th. The old gentleman looked hale and hearty and spoke with great interest.

Starting on May 11th and finishing on May 23th, the voyage dived 13 times, focusing on the specific targets in the north-west South China Sea and the observation, collection and testing during the diving process, including cold springs, coral reef terraces, canyons and mud volcanoes. Academician Wang Pinxian, who is more than eighty years old, dived three times into the South China Sea during this voyage and each lasted more than eight hours.

“The relationship between mankind and the sea in twenty-first century is changing because men have to enter the sea vertically if they want to develop it. I am very happy this time because I go deep into the sea.” The old man was excited when speaking of the manned deep submarine voyage in Xiasha.

During the twelve-day voyage, academician Wang Pinxian completed deep diving three times in nine days. He said that there were eight scientists participating in this, and each scientist had 1.5 diving opportunities on average (once or twice per person). He planned to dive twice, one for the cold spring and the other for the coral reef. Due to the discovery of the cold-water coral forests, the Deep Sea Warrior added one deep submarine and dived twice in one day, which provided him the third opportunity.

Regardless of his age, Wang Pinxian completed successive deep diving three times in a row into the bottom of Xisha, which is more than 1000 meters deep and each observation lasted no less than eight hours. As a man who is more than eighty years old, can he stand?

“When you see the magical world outside the cabin, you are totally immersed in it, and all you think is that time pasts too fast.” academician Wang Pinxian replied, “The cost of manned submergence is very high and scientists treasure every minute deep in the sea.” When he first went out of the cabin, he said that it was just like Alice wandering in Wonderland.

Dee-sea observatory, deep diving and ocean drilling are three ways to enter the sea. Tongji University presides over a scientific project for constructing the nation’s seabed observation system and is also the base of China’s ocean drilling program. Recently, two deep submarine voyages of the South China Sea are led by Tongji University. “I’m glad that I’m involved in all of these three projects.” Wang said.

Academic Leader Shall Took the Lead to Deep Diving

“The source of innovation lies in nature. If you want to get original innovation, you have to go deep into nature, instead of trying to find new ideas in other people’s articles.” Wang Pinxian said when speaking of scientists participating in the field investigation, “It’s terrible that they won’t go into the filed once they become academic leaders.”

Wang Pinxian said that there is a bad phenomenon that the academic leader recruits more students and sends them to the filed investigation after their new scientific research project is launched. Students can’t make decisions on the ship and they have done a lot of repetitive works. They can’t get the key scientific problems. Neither can they adjust or change the scientific research plan or route.

This is the opposite of international practice that after scientific research projects have been approved, the project leader must sample himself.

“You need to go into nature by yourself and are directly in touch with nature so that new ideas will burst out. The source of innovation lies in nature.” He appealed again.

This Deep Sea Warrior manned deep submarine voyage in Xisha is also the final deep submarine voyage organized by the South China Sea Deep program, which is the largest fundamental scientific program in Chinese deep sea research fields. As leader of this program’s expert panel, Wang was quite satisfied with what this program has achieved during eight years’ of work. 60 projects have been launched, 700 scientists from more than 30 domestic institutions have taken joint efforts to achieve better understanding of the South China Sea. 3 ocean drilling programs and 3 deep-sea diving have been launched, which helped form quite a lot of innovative understanding of the origin, formation process and modern process of the South China Sea.

“We want to prove to the world that the understanding of the deep side of the South China Sea is mainly achieved by the Chinese.” Wang Pinxian finally said. 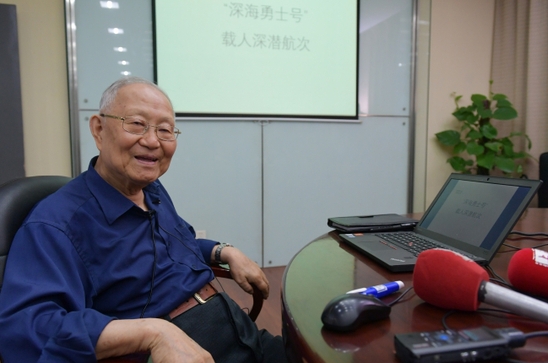 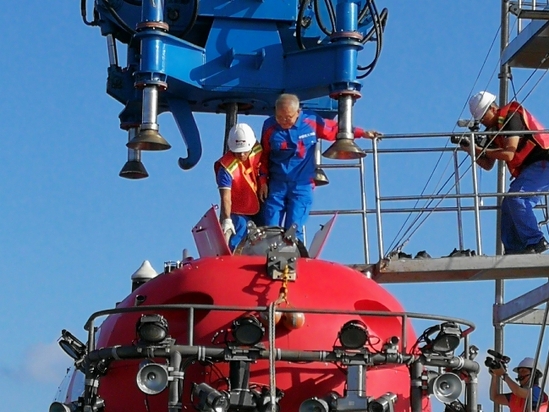 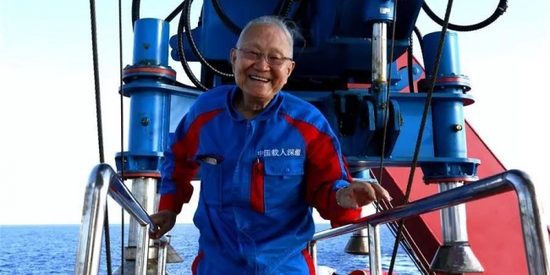 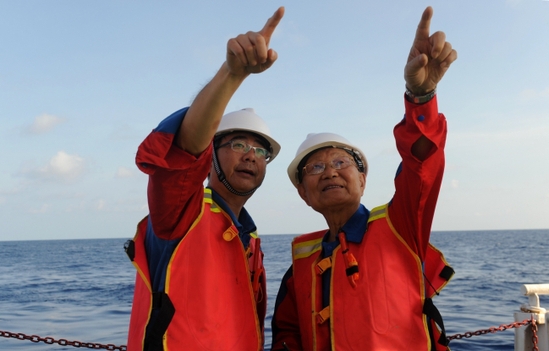 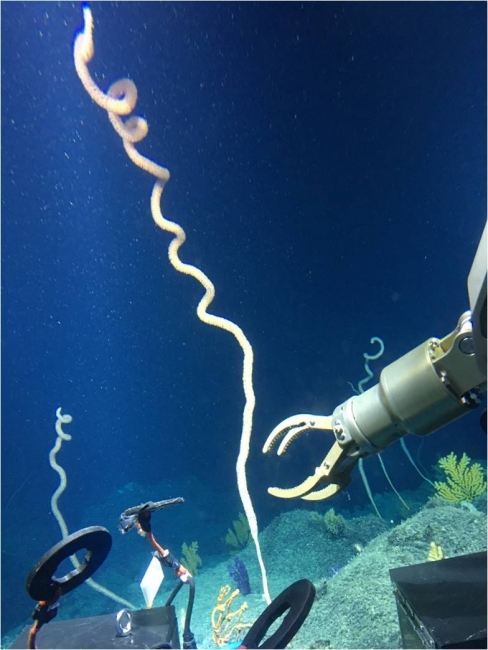 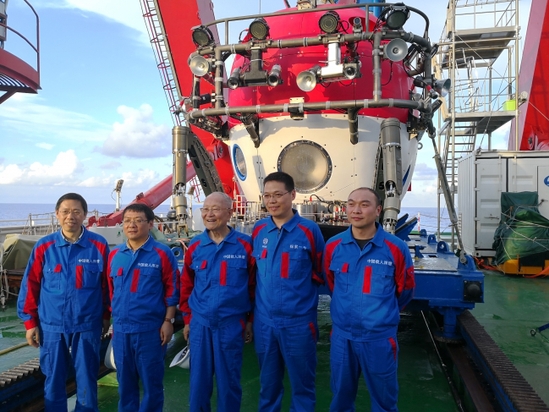 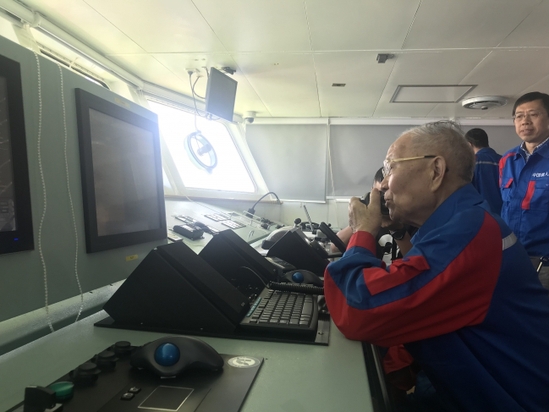 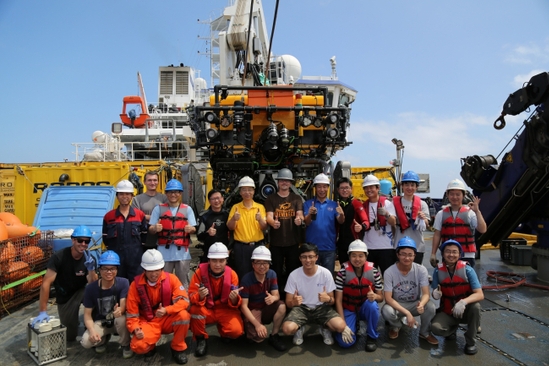 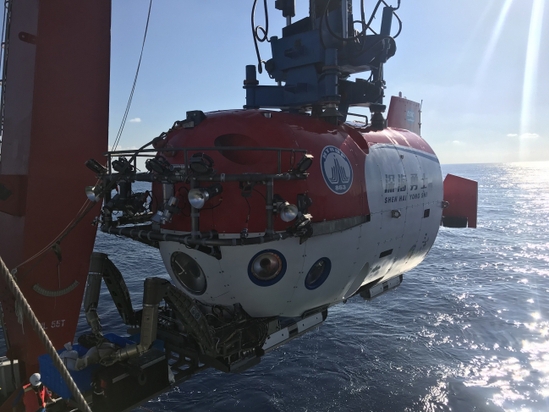